Motor Specialty INC. was founded in 1947 by Henry E. Lund. 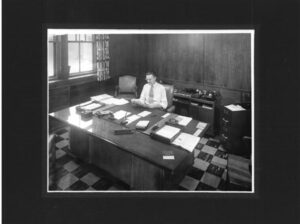 Motor Specialty INC. began as a one-man shop and quickly grew and contributed to Racine’s reputation as America’s motor manufacturing epicenter. Motor Specialty began making motors for butcher block cleaners and knife sharpeners, expanding their offered products to include hedge trimmers, pencil sharpeners, and even electric hairbrushes. In the 1950’s, Motor Specialty grew significantly, as the premier motor manufacturer for the world famous Necchi sewing machine company. It was also in the 1950’s that MSI introduced several motor designs popularized and sold under the Dayton brand name; a relationship that continues to this day over 70 years later! 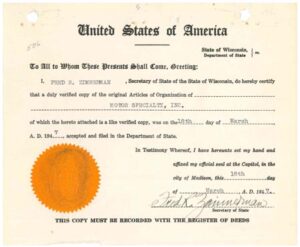 Ever expanding, Motor Specialty took a big leap early in the 1960’s, building their new plant at 2801 Lathrop Ave in Racine, WI. The products offered expanded again, now including motors for medical devices, vacuum cleaners, and even fuel pumps. In the 1970’s Motor Specialty grew to have several shifts and over 100 employees. New applications continued to expand including electrical switch gear actuating motors, centrifuge motors, and vending machine motors.

Early in the 1980’s MSI expanded the plant footprint for a 3rd time. It was also during this time that Motor Specialty designed and built motors for the most famous soft serve ice cream machine in the USA. By 1984, MSI was in acquisition mode, and soon Howard industries became part of the fold; bringing with them an expanded lineup of Universal and Shunt Wound motors and, a revolution at the time, the Permanent Magnet DC motor. 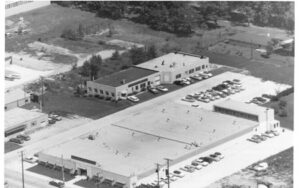 Always in forward mode, in the 1990’s Motor Specialty partnered with Lambert Hanger, a prolific inventor of electric motor systems, developing a brushless DC motor for use in fire fighting extraction fans.
MSI began branching out into new markets throughout the 1990’s, with offerings including capstan hoist motors (used in the burgeoning cell tower market), as well as powering top quality American made chiropractic back and muscle massagers. Late in the decade MSI became the power plant for the world’s largest manufactures of professional grade drain cleaners and pipe threaders, a relationship that continues to this day, even winning the coveted “supplier of the year” award.

As they entered the new millennium, Motor Specialty adhered to a standard of excellence, proudly maintaining a track record of “on time” delivery year after year. In 2017, under the ownership of Cindy Bass and Mark Bass, MSI fixed its sights on growth; expanding on one of the industries best designed PMDC motors. Motor Specialty blended this rugged, time-tested design with Right Angle Gearboxes and introduced the RGP series.

In 2021 MSI’s engineering team put their heads together once again and developed yet another product to solve several problems for the world’s largest online retailer. MSI quickly ramped up production, and began cranking out 1,000 PGP, Planetary Gearmotors a week; meeting and exceeding the customer’s supply energy usage and noise levels with the new design. Which brings us to 2022, a year of more milestones. Motor Specialty is introducing a third gearmotor product, the Parallel Shaft PSGP line, as well as celebrating 75 years; three quarters of a century of Pride in Motion.
Cindy and Mark would like to thank all Motor Specialty employees, both past and present, for continuing the tradition of excellence Henry Lund started all those years ago, in a one-man shop.

Motor Specialty is a proud member of the Racine, Wisconsin community and with an eye to the future and deep roots, we look forward to providing more opportunities for future generations who join the MSI family because, after all, without all of you we would still be a one-man shop.